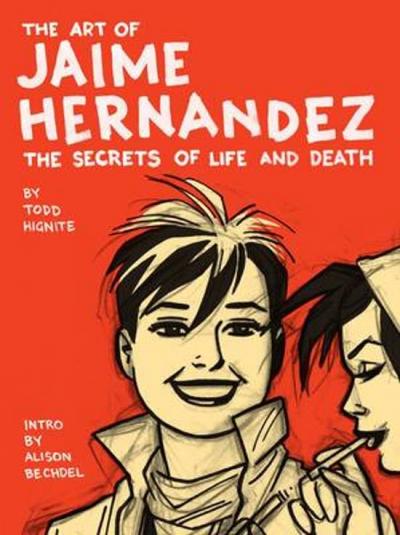 The Art of Jaime Hernandez: The Secrets of Life and Death

In 1981 three Mexican-American brothers self-published their first comic book, Love and Rockets, and “changed American cartooning forever” according to Publishers Weekly. Over twenty-five years later it is still being published to critical and commercial success.

Jaime Hernandez's moving stories chronicle the lives of some of the most memorable and fully formed characters the comics form has ever seen. His female protagonists, masterfully delineated with humor, candor, and breathtaking realism, come to life within California's Mexican-American culture and punk milieu.

In April 2006 Hernandez began serializing his work with the New York Times Magazine—all of which will be collected here in full color. The notoriously private artist has opened his archives for the first time, revealing never-before-seen sketches, childhood drawings, and unpublished work, alongside his most famous Love and Rockets material.

Praise for The Art of Jaime Hernandez:
"The Art of Jaime Hernandez is proof of what I've been trying to convince comics artists to do for thirty years. FEWER lines and less technique with more 'human interest' was, and should still be, the way to approach our craft. Bravo, Jaime, for your body of work! Continue to be yourself."
John Romita Sr., artist, The Amazing Spider-Man